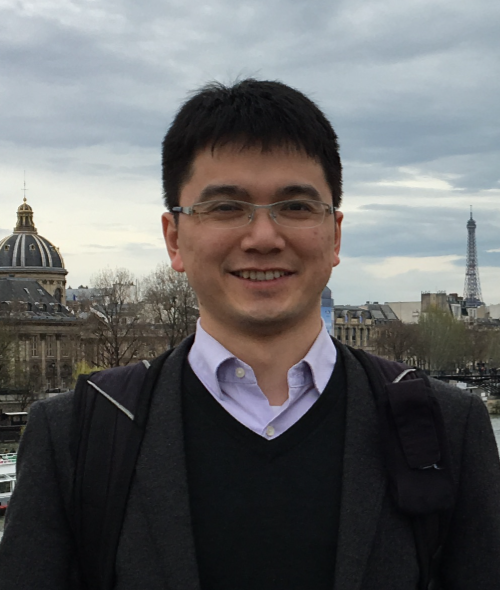 Our wireless communications are protected by the symmetric encryption, e.g., WiFi is secured by WPA2, which implements AES. However, the secure and efficient provision of keys for the symmetric encryption is very challenging for Internet of Things (IoT). We have been working on key generation from wireless channels and demonstrated this technique is very suitable for IoT. 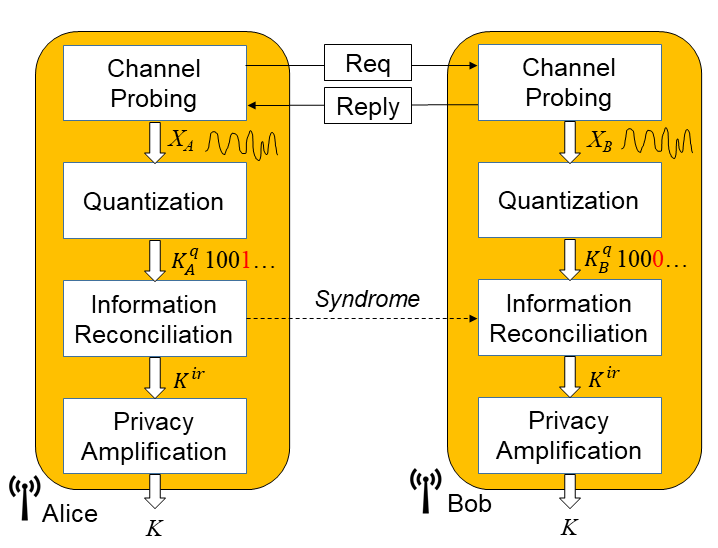 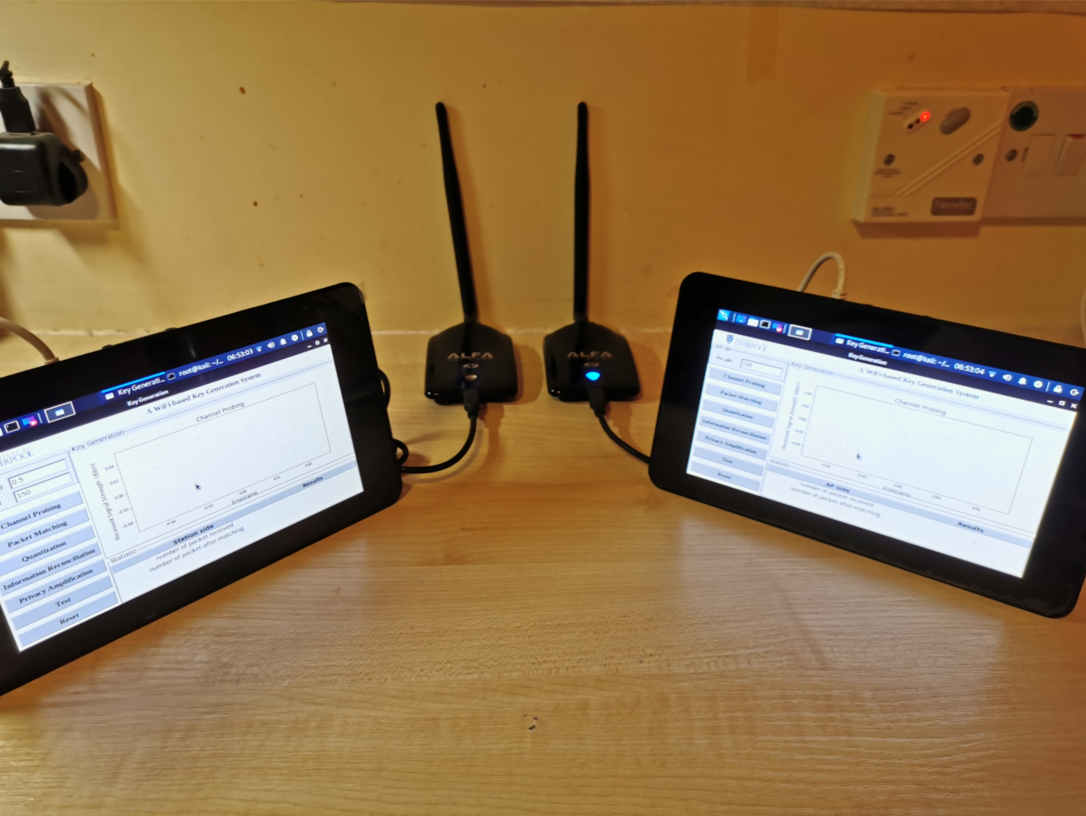 Python is used for the implementation 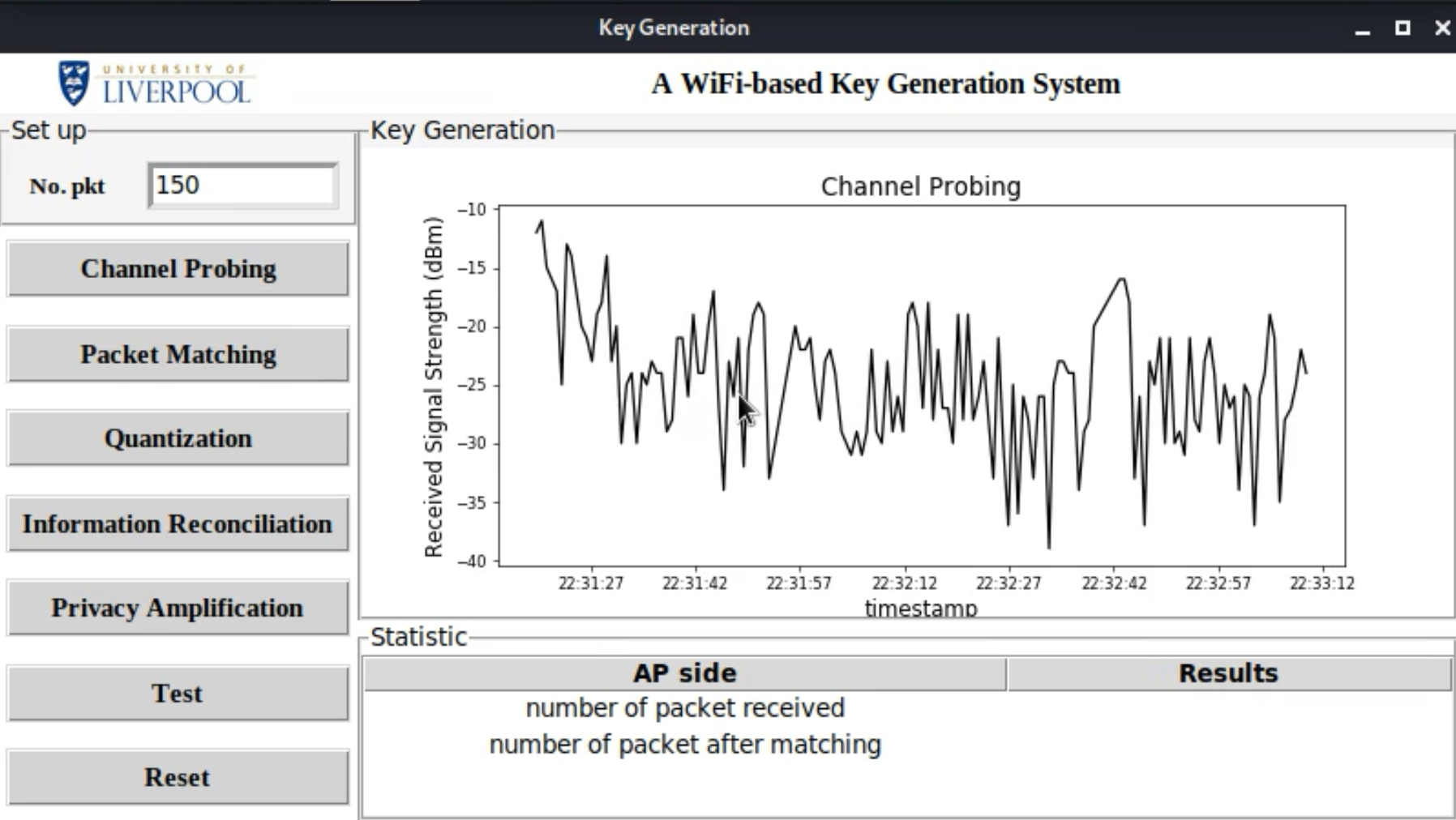 We would like to thank Miss Jingyu Hu for her hard work on completing this excellent demo as part of her final year project.